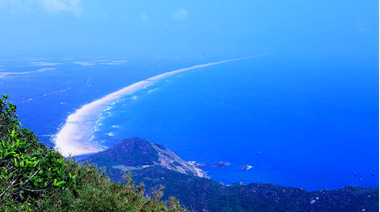 The circular economy began in agricultural production and can be traced back to the “Sangji Fish Pond” in China before 2000. The modern circular economy has been fully developed within the scope of agriculture, industry and service industries, and has become an effective way to coordinate resource conservation, environmental protection and greenhouse gas emission reduction.

In the industrial sector, the circular economy is characterized by waste resources or by-products generated by upstream enterprises. After being recycled, it is used as raw materials of downstream enterprises to repeatedly enter the production field to form clean and waste-free production; in the service field, through extensive use of recycled products and resources. The reduction of consumption, the recycling of waste products and waste resources in the whole society for remanufacturing and resource processing, forming a social circulation of resource utilization. This development model can not only save the consumption of raw resources, but also reduce the generation and emission of waste resources, and reduce the pollution of economic activities to the environment.

Due to different national conditions, the priorities of developing circular economy vary from country to country. The circular economy in developed countries is mainly concentrated on the recycling and safe disposal of waste resources.

In the 1970s, after the completion of industrialization in Germany, in order to control the serious pollution caused by the waste resources of life, the “end treatment” method of incineration or landfill was adopted. This method not only occupies a large amount of land, but may cause secondary pollution to the environment. It also requires a large amount of capital to increase the government's financial burden. In view of this, in 1994 Germany passed the Circular Economy and Waste Resource Management Act, becoming the world's first legislation on circular economy. In 2001, Japan fully implemented the Basic Law on the Formation of a Recycling Society.

In contrast, China's development of circular economy should focus on reducing environmental pollution through the recycling of waste resources, and must also reduce the consumption of raw resources by paying more attention to the use of waste resources. In the industrialized countries of developed countries, the supply of world resources was quite abundant and the prices were low. However, since the world oil crisis in 1973, the supply prices of resources have been rising. At the same time, hesitant to China, the demand for resources is huge, the rate of industrialization is high, the pressure on resource supply is greater, and the intensity of waste generation and emissions is greater.

It can be said that the circular economy development model provides an excellent opportunity for China to transform its traditional industrialization model and economic growth mode. Through the development of circular economy, not only the resource consumption intensity per unit of output is greatly reduced, but also China has to some extent avoided the environmental protection mode of pollution control after industrialization. For example, the comprehensive energy consumption of producing one ton of steel in the industrialized period of developed countries once exceeded 2.4 tons of standard coal, consuming more than 100 tons of new water, while the comprehensive energy consumption of China's key industrial enterprises currently producing one ton of steel is only about 0.6 tons of standard coal. Only about 5 tons of new water is needed, and even some steel companies have realized zero consumption of new water, all using medium water steel. Through the development of circular economy, the resource consumption intensity and pollution emission intensity of industrial products in China have dropped significantly.

Since the world financial crisis in 2008, the economic recovery of developed countries has been difficult. China's economic growth has slowed down, resource prices have entered a trough, and the prices of renewable resources have been declining. The world's circular economy has been on a difficult state of “circulation and uneconomic”. In this context, the resource effect of developing a circular economy is weakened, but the environmental effects are still significant. How to coordinate the contradiction between the environmental and economic benefits of developing a circular economy has become a common problem facing the world.

下一篇 The first trade union committee of the company was established